Today on the blog we are meeting with Rowdy, leader on the MCA Amsterdam office opening. He has known a fulgurant evolution through MCA, and is telling us more about his career path in this article. As well as why it was so crucial to be present in Amsterdam.

Hello Rowdy, it’s a pleasure to interview you today! Could you present yourself quickly?

My name is Rowdy, 28 years old and living since 2 years in the most innovative city in Europe; Eindhoven. Originally I am from a small village with around 1500 citizens close to the Belgium border. During my studies in Business Economics I came in contact with MCA for an internship. This was in the beginning of 2014, almost at the same time that MCA Netherlands was starting with their activities (fun fact: I never left).In my spare time I like to hang out with friends but as well quit an active life due to different kind of activities like; mountain biking (even do we do not have mountains in the Netherlands), running, tennis, football and not to forget snowboarding.

You have known a fulgurant evolution within MCA these past years. Could you talk us through this, how did it all happen? 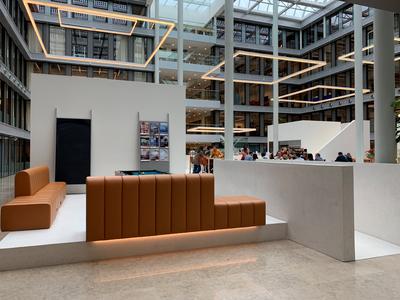 Have you always been attracted by / wanted to work in the Engineering field? Was it your original career path or did it change over time?

When I was a kid I always dreamed about becoming a pilot, as a lot of child dreams I never realized it, and my interest and career path grew in the direction of marketing and sales.

The first time that I got in contact with engineering and consultancy was during an internship at another consulting firm, before this I never thought about starting my career in engineering/consultancy. However due to my passion in sales and a strong interest in engineering, development and the automotive industry, it was a logical choice to start my career at MCA as a Business Manager.

You are now Business Unit Manager in Amsterdam : why Amsterdam ? What are the main opportunities brought by the city in your opinion?

In the Eindhoven region we have a strong focus in the High-tech and Automotive domain, in both sectors we are strongly focusing on the software development. If we look at the Netherlands the industry is mostly divided in a triangle Eindhoven – Rotterdam – Amsterdam. The Eindhoven region is well-known because of their High tech and automotive companies, think about Philips, ASML and DAF trucks. The Rotterdam Area is well known about their harbor – shipping and heavy industry like oil and gas. And last the Amsterdam region which is known for the corporate and financial industry think about companies like, Tomtom, ABN Amro, Microsoft, Google and Amazon. The focus in the engineering market in Amsterdam is on SW engineering mainly in application development. Since we focus in MCA Netherlands mostly in SW development Amsterdam is a logical next step.

The city itself doesn’t need an introduction, just discover it by yourself! 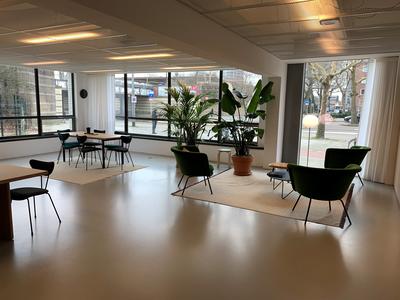 Day to day, what are your main missions as a Business Unit Manager ? And what would be your next step, career wise?

If you had to describe MCA in 3 words, what would they be?

What is your favorite MCA memory so far?

Last but not least… Any fun fact about you? 😊

That has to be a bet between me and Pascal, sometimes I am in a for a bet in complete irrelevant topics. For this you have to ask me or Pascal personally 😉

Posted on February 19 2019
Return to all articles
We use cookies to analyze the traffic on our website and to ensure that we give you the best experience. By continuing to use this website, you are giving consent to cookies being used.